We had an amazing time! The whole trip was fascinating and extremely enjoyable. We were very lucky with our guides and our health, and we even made it to Japan in time for the cherry blossoms. I couldn’t have asked for a better trip.

We arrived in Singapore 4 days early to get over our jet-lag and get used to the heat, and it’s a very good thing we did. We left 3C temperatures in Riga and arrived in 33C weather in Singapore. After a couple of days, we were acclimatized and had fun looking around. Singapore is a very rich, super modern city with English as the primary official language. This is the conference centre topped by trees and ponds, with vine-covered artificial trees of the Gardens by the Bay in the foreground. 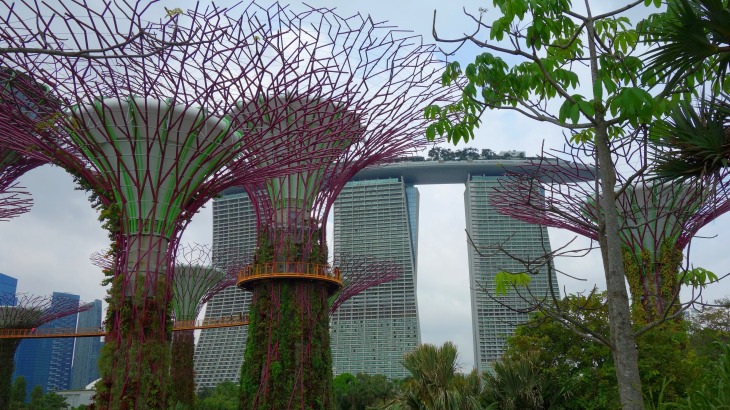 On our last day we took the subway to the more extensive National Botanical Gardens uptown, where we spent extra time enjoying the “Gingers” garden. 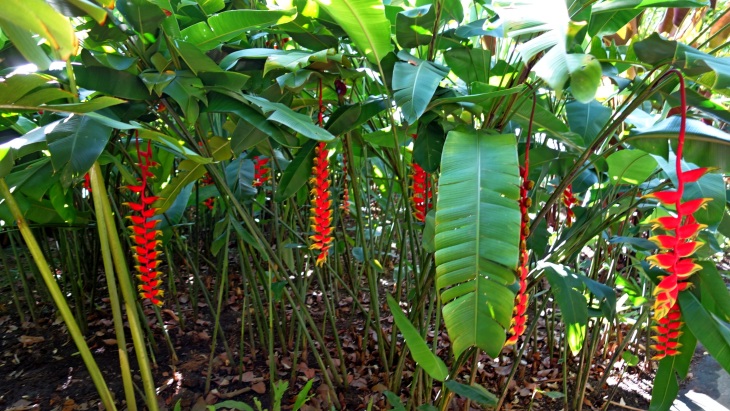 The residents of this city are so rich that “servant robots” are actually a thing.

In Singapore, we boarded our ship, the lovely Diamond Princess, seen here with Hong Kong in the background. We really enjoy the whole on board experience and most of all watching from our balcony when arriving at or leaving a port of call.

On to Vietnam, where we exchanged 50 Euros for this much Vietnamese Dong, making us instant millionaires!

In Vietnam most people drive scooters or motorcycles, wearing masks against the pollution and completely covering up against the sun, lest their skin get unfashionably dark.

Our excellent tour guide in Saigon/Ho Chi Min City was something of a political activist, and really opened up about the country’s problems. Ostensibly communist, but embracing some capitalist policies in 1986, Vietnam suffers from extremely high income inequality and rampant corruption. Looks like they could they could use some help with their electrical system too: we saw tangles like this everywhere.

Since we both love water and boats, we often chose excursions that included river boat rides. The blue boats are typical fishing boats. 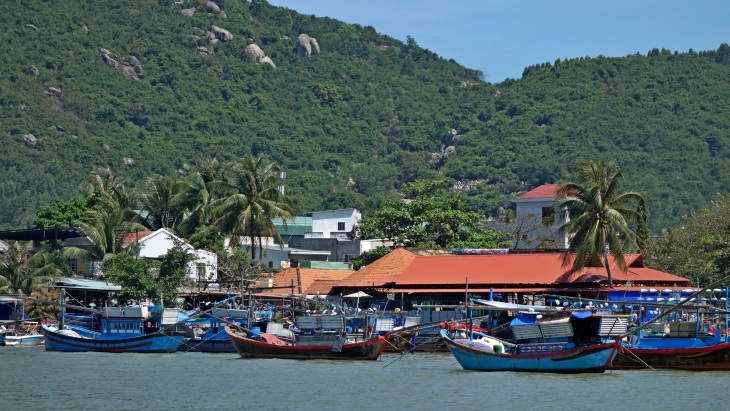 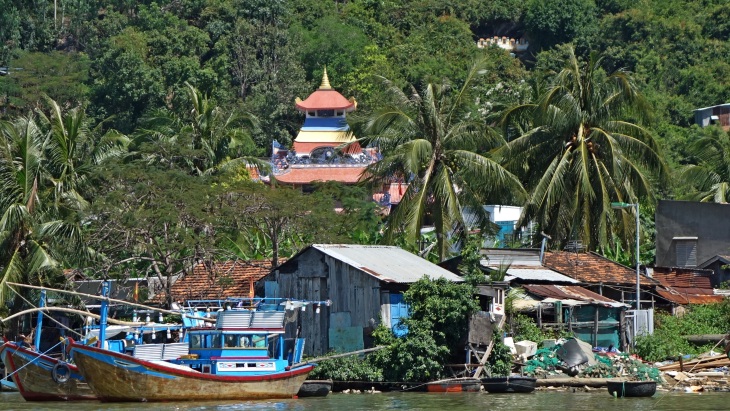 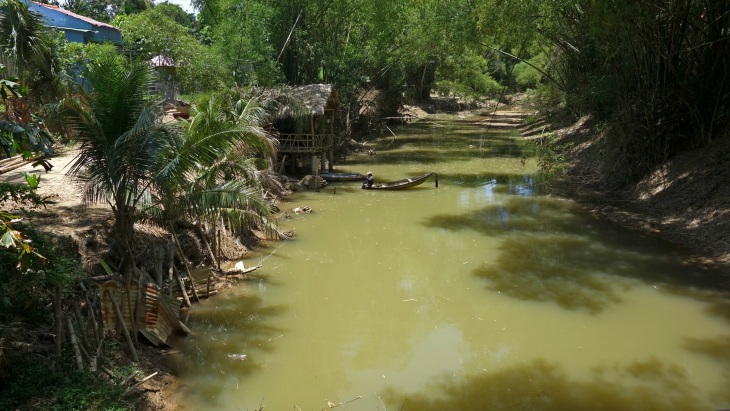 Some enterprising guy built a bridge across the river that accommodates only motorcycles or scooters, not cars. The toll is around USD 50 cents. He and a friend were there happily collecting the money. I guess he knew who to give a cut to, so that the local authorities look the other way. 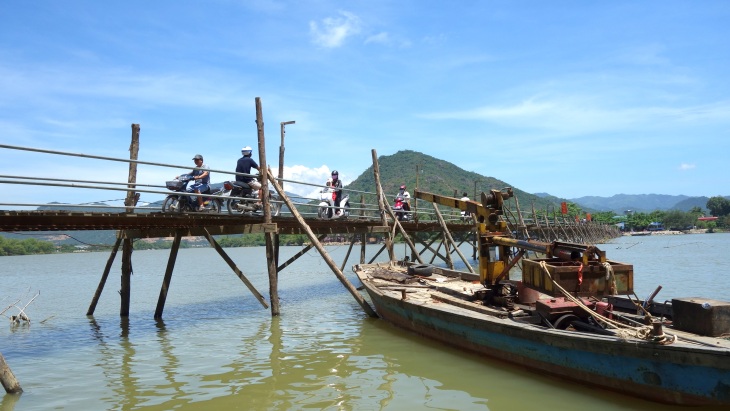 We visited Hoi An, which is an older town cleaned up for the tourists. Very charming, even if it’s not exactly typical of the country. At 36C, hats or umbrellas are a must for sun protection. 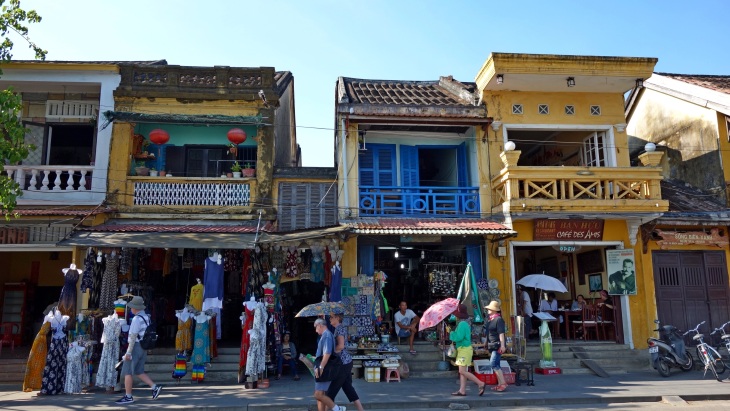 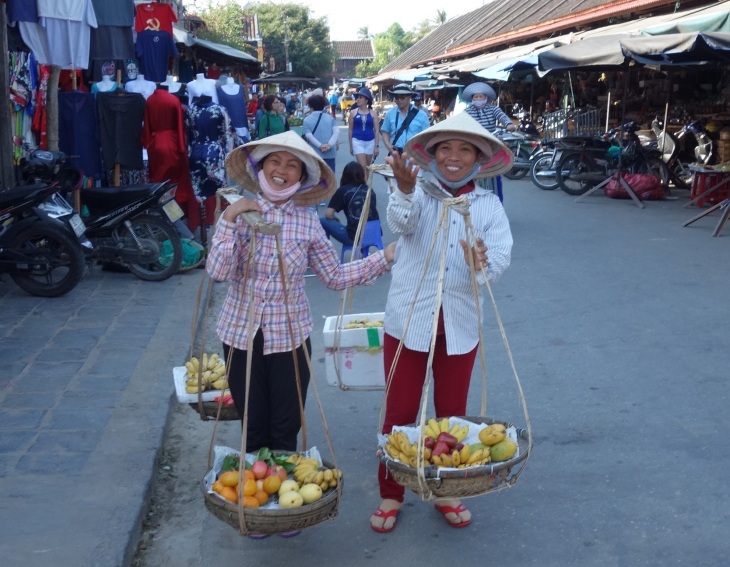 Hong Kong was very beautiful. Since I’m from the big glass and steel city of Toronto I guess I was less impressed than some. Apparently Hong Kong has over 8000 buildings that are 14+ stories high. That’s twice as many as New York. OK maybe I am impressed… I really do love the combination of interesting architecture, mountains, ocean, and a lush climate. It reminded me a bit of the French Riviera that way.

As part of our Hong Kong excursion we ate lunch at (apparently) the biggest floating restaurant in the world.

In Taiwan, we chose a walking tour of the ancient hill village of Chiufen. Climbed several hundred steps that day.

Since I was a teenager I have dreamed of visiting Kyoto, Japan at cherry blossom time. We weren’t at all sure that would happen this trip, but we were really lucky. A couple of days later and it would have been over.

In Kyoto our included lunch was this interesting assortment of Japanese foods.

Some of the other, more individualistic passengers prefer to arrange their own excursions, and buy their own lunch, perhaps in one of the ever-present markets. 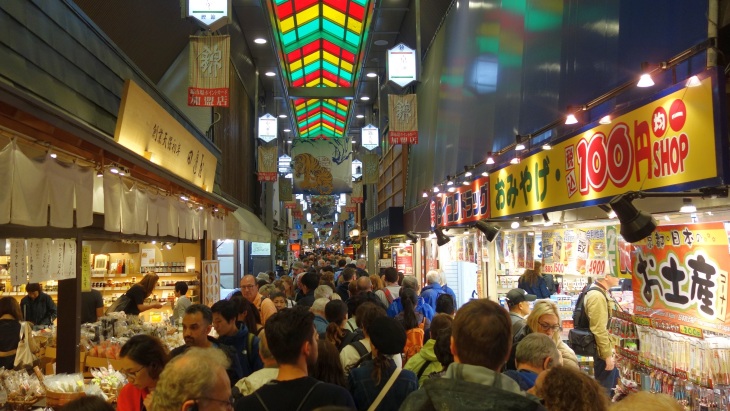 How about squid on a stick? The sign clearly says it’s OK to eat it now…. Um.., I think I’ll stick with my tour group lunch.

We visited Kiyomizu Temple in Kyoto in the rain, but it and the gardens were still breathtaking. 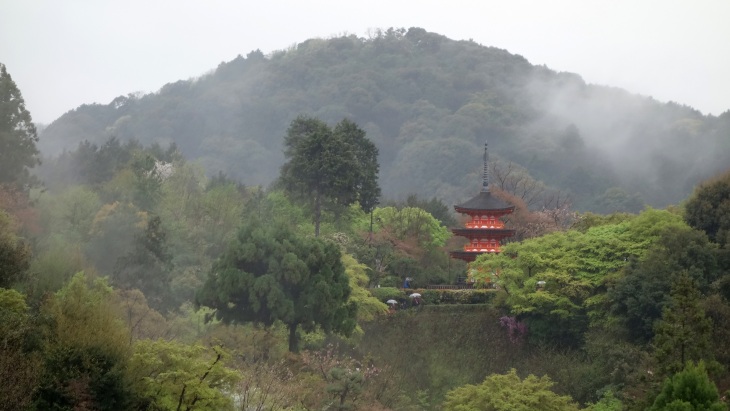 There were many young women in Kimonos visiting the temple too. I was a little sad to hear that they generally don’t own these kimonos, but rent them nearby for the day, so that they can walk around the temple and take selfies in the kimono. We in Latvia, who own our own tautas tērps (Latvian folk costume) are really so lucky. One might need to borrow one now and then, but I’ve never heard of having to rent them.

The weather really cooperated on the day we visited Mount Fuji. Apparently it is rarely seen this clearly. Standing with my dear husband and cherry blossoms too, I was totally in heaven!

If you liked these photos and want to see more, just call and come over for dinner, and we’ll show you the other 1000 or so. I’m returning to Toronto June 12th.

Spending a year or two in Latvia studying composition and Latvian language! View all posts by Erika

One thought on “Asia Cruise”